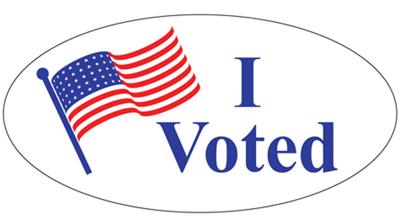 There’s only one election in Ventura County this November 2.

In February, Gabe Teran was appointed to City Council to fill Carmen Ramirez’s seat after she was elected to the Board of Supervisors. Now he’s running against Tai Hartley (who also ran for the appointment) and Eduardo Huerta to keep his spot.

Ventura County YIMBY endorsed Teran for the appointment given his supportive response to our questionnaire, and we applauded his pro-housing responses in the appointment interview. Since then, he’s been a consistent pro-housing voice on the council, often advocating bike lanes and density (here’s him calling for dense mixed-use development downtown), justifying our re-endorsement for this race.

Teran was also the only respondent to Ventura Citizens’ Climate Lobby’s candidate questionnaire, in which he strongly supported our policy:

The more I learn about the carbon-fee and dividend, the more I see how this strategy is one to drastically reduce carbon emissions while supporting families and communities that have financial constraints that currently force them to all but continue using carbon-based products and internal-combustion vehicles.

Teran isn’t just exceptional on policy grounds, he’s also demonstrated thoughtfulness, respectfulness, and ability to partner, helping him secure other key endorsements and translate policy vision into action on City Council. He takes the role seriously, researching the details of our city’s situation while also engaging the public on social media. Hartley and Huerta, on the other hand, failed to provide substantive responses to questions about our city’s future in the candidate forum, and don’t even have campaign websites.

Gabe Teran is a rare breed for a local elected official: knowledgeable on local and global issues alike, well-supported by leaders and the community, and willing to take risks to realize his policy vision. Oxnard is lucky to have him in office, and to build a better future, voters today should keep him there.